East park has a large diversity of wildlife.From seasonal visitors to the more established species.On the lake you can find Canada / Grey lag geese in large numbers.These residents are very popular with visitors and are quiet used to being fed by the public.Also you can find a variety of  ducks also moorhens and coots.You may even see a pair of grebes fishing around the lake. As well as Goo-sanders /Pochards / Tufted Ducks. The lake is very popular with Twitches (Bird Watchers) and on occasion rare species can be spotted .(a general indication being that there are a large number of twitches shows some thing special has arrived). A monthly Bird survey is carried out of all species on the park.


Various visitors and our residents 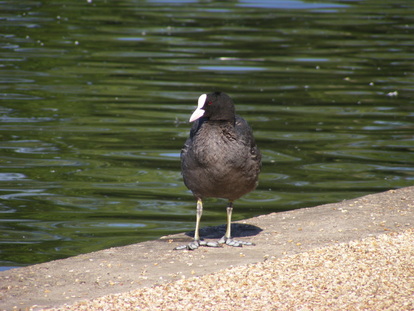 A large number of different species live on the lake Canada and grey lag geese.Mallard and pochard ducks.coots and Moore hens and even cormorants.But on occasion we get visitors dropping in from afar. pictured above are a bar head goose and Egyptian goose not common to the park.Two lake birds that get mistaken are the moorhens and coots although similar the moorhen has a red marking on its forehead the coot is all white fore headed. 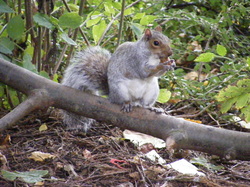 A squirrel is a small to medium rodent of the sciuridae family. Unlike rabbits or deer squirrels cannot digest cellulose .so must rely on foods rich in protein carbohydrates and fats. Squirrels living in parks have found that humans are typically a ready source of food. feeding squirrels nuts the roasted type instead of the raw peanut is much better for them as they cannot absorb the protein in raw peanuts as they contain a certain enzyme. Squirrels are very clever creatures and are well known for problem solving were food is concerned. You will possibly only come across the grey squirrel as the is a larger species to the red squirrel and as all but driven it out of the English countryside. But we have a large number of greys onsite. It is not recommended that you feed them by hand as they have a very nasty bite.There are also foxes on site but are very rarely seen during the day.The park is an ideal environment for them with plenty of hiding places and food sources available.Wild rabbits can usually be seen around the youth zone area which used to be the old bowling greens.During the summer months Bat walks take place after the park closes (see events for more information) 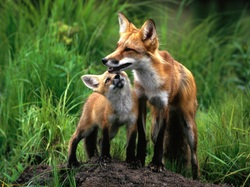 *
The most common species of fox is the red fox.Most foxes live to 2 to 3 years old.But they can survive 10 years or longer in captivity.Foxes are normally very wary of humans and are not kept as pets.Foxes are found in cities and have adapted well to the human presence.Foxes have been helpful for agriculture being used to control pess on fruit farms.Were they leave the fruit intact.Foxes belong to the family omnivorous canids of which there are 27 species. 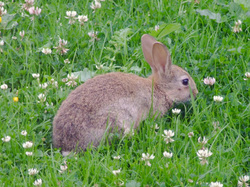 *
Rabbits usually live between 4 to 20 years.They are pregnant for 28 to 31 days. They are herbivores feeding on grass and leafy weeds.Rabbits live in underground burrows or warrens.rabbits cannot vomit due to the physiology of their digestive system.rabbits are different from hares in that the young of a rabbit is born blind and hairless as the hare is born with hair and is able to see.Hares are larger than rabbits with longer ears and have black markings on the fur and hares have not been domesticated as rabbits have.